4 ways to use QR codes in a restaurant 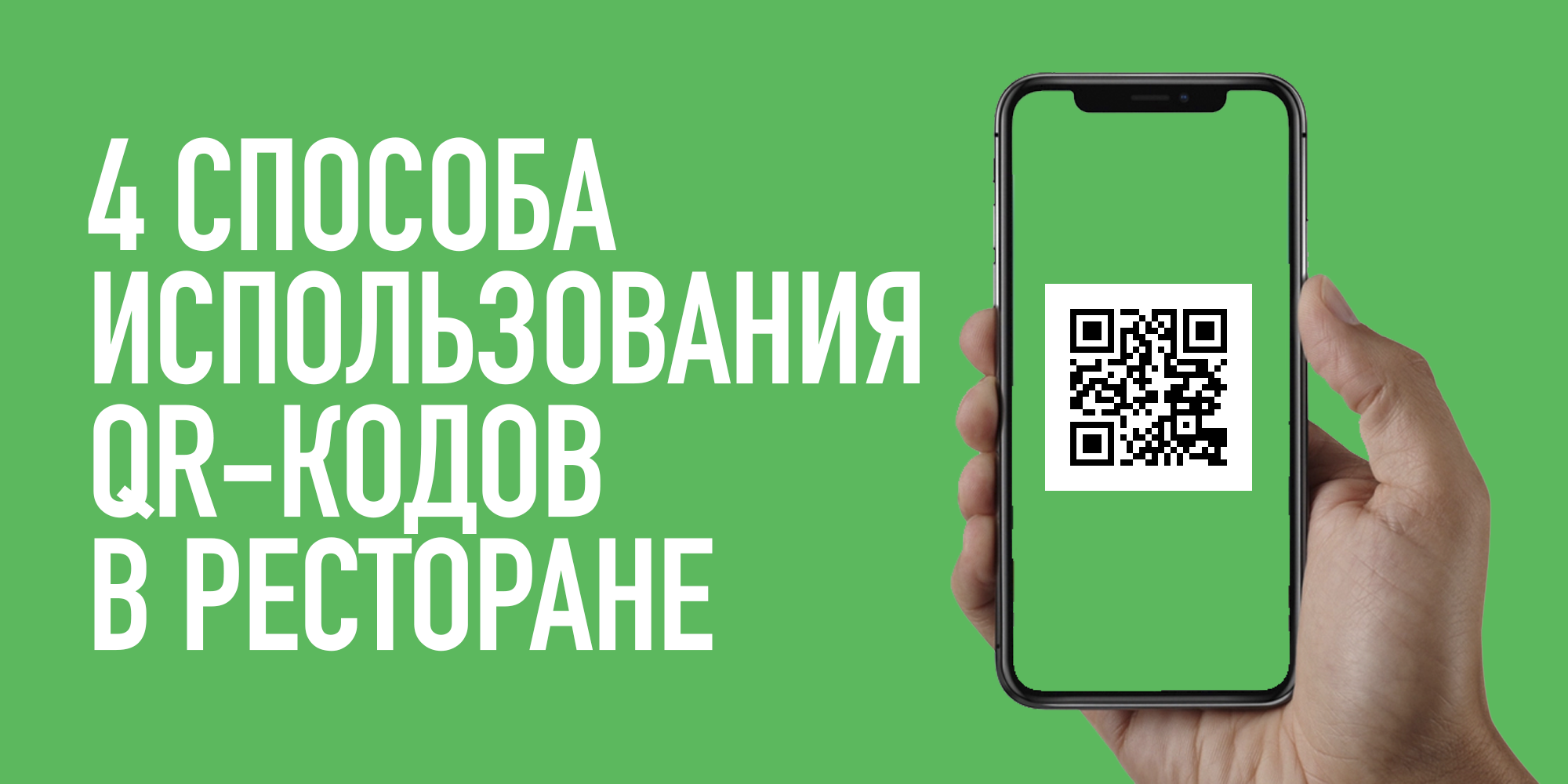 Once, at the end of zero, QR codes were already trying to penetrate our market. But due to circumstances, nothing came of them. One reason is that most people did not have smartphones. Touch phones (the same Nokia and Samsung) have survived their last days.

Now, most phones have a built-in scanner. This means that there is no need for a separate application, and our people have become more “digitalized.” QR codes are slowly gaining in popularity. Also in the use of POS-systems (for example, SkyService Pro)

The restaurant industry has established itself relatively late in the development of this technology. When Western Fortune 500 marketers already used the QR code in their marketing efforts.

When used to expedite transactions and provide timely information, QR codes are useful tools for restaurateurs. Which seeks to improve the quality of customer service. In the menu of delivery or dinner, and in real advertising, the QR code occupies an important place in the restaurant.

Any proponent of QR codes, short-range radio chips (NFCs) or augmented reality, will say: “The key is the destination, not the mode of transportation.” Even if the information will be delivered without any problems. But the information itself is not needed – it will not pay off.

Are QR codes just a marketing hobby? Or mobile technology, indeed, can bring real benefits to restaurants in the right place at the right time. Here are 4 ways that QR codes can be effectively used in a restaurant environment to enhance your overall dining experience.

Ordering food from your smartphone is incredibly convenient. Soon, practice in restaurants will sink into oblivion. When one person communicates with customers face-to-face and manages multiple calls.

Enter the removal menu with a QR code. Restaurants understand that the take-away menu is still one of the most effective ways to receive orders. It is palpable, colorful, contains a lot of information and is easily transmitted. Adding a QR code to the menu launches mobile checkout. Thus, restaurants can combine the best of old and new technologies. Make a traditional take-away menu digitally.

Or ask a customer to place a take-out order online. After which he will receive a user-generated QR code, which will be scanned at the outlet. Melt processes orders by generating QR codes that help consumers skip the order line.

Links to photos and social networks

The QR code, strategically placed in the menu, allows users to receive additional information. Have you looked at the text menu and wondered what the dish really looks like? A QR code can lead to photos with the names of dishes. To the list of restaurants or to the links on Twitter and Facebook. This is to encourage the sharing of social networks.

A QR code can cause links to a lot of useful information. On the takeaway menu and in any real advertisement. Thus, a QR code is not a marketing gimmick. A QR code is a bona fide mechanism for providing interested parties with information with which they can act.

Mobile landing page launched with a QR code. The takeaway menu may include hours, contact information, a map, and directions. Special offers and feedback forms can also be part of mobile optimization.

In addition, most QR readers have a history tab. Where previously visited sites are entered, so the scanned information can be referenced later.

The QR code can be used effectively by various restaurants. From haute cuisine to fast food restaurants and vans.

A quality restaurant may want to use a QR code in advertising a city guide. Which leads to his online reservation system and photos of the restaurant’s interior.

A fast food restaurant can add a QR code to a tent ad. This will result in a special promotion in exchange for an email address.

And food trucks can attach a QR code to the side of the car. Helping people skip the line if they want to order and pay through their smartphones.

A word about aesthetics

A common objection to QR codes is that they are ugly. They are not suitable for a well-developed marketing strategy. It’s true that a standard pre-made QR code is not particularly aesthetically pleasing. Brands will help ensure the convenience of scanning and aesthetics. They will improve the appearance with the help of cunning design techniques.

As consumer smartphones grow in popularity, the use of a QR code is becoming more sophisticated. In particular, QR codes are transformed from a simple advertising hook into an integral part of the mobile infrastructure. From boarding passes to take-away menus, the QR code is becoming less and less alien and more useful.
One of the problems for restaurants is always freshness in the minds of consumers. A restaurant that intelligently uses mobile technology will always be superior to those who do not.

Yes, mobile applications and sites are an important and expensive digitalization. A QR code is simply an abbreviated link that will definitely add a modern touch to the establishment. Thus improving the user experience and customer service.